Sanoma’s high-quality journalism and interesting entertainment content offer advertisers a trustworthy marketing environment. Sanoma wants to see to the implementation of the principles of sustainable marketing and has built a professional process for screening advertising materials.

The essential thing in sustainable marketing is that it is not contrary to accepted principles of morality (such as discrimination or content unsuitable for children) and that advertising can be discerned from the media content.

The editor-in-chief is always responsible for the content, including advertisements, in digital and printed media. The editor-in-chief has the power to decide what kind of marketing is displayed in media. The TV, radio and event director is the ultimate decision-maker on advertising content on TV, radio, audio and video platforms.

The Guidelines for Journalists issued by the Council for Mass Media require a clear demarcation between advertising and editorial content, and Sanoma is committed to complying with them. The text MAINOS/ILMOITUS/KAUPALLINEN YHTEISTYÖ (advert/advertisement/commercial co-operation) indicates that the content below is an advertisement. This text can appear amidst the digital content, at the top of a page or as a separate annex between a magazine or newspaper, for example.

Media published in Finland are in part protected by them being in the Finnish language, which in itself restricts the international advertisement offering. In addition, the authors of expensive commercial projects do not want to have to correct commercial materials due to inappropriate content, because re-filming and editing a television commercial, for example, multiplies the budget allocated to it. Sanoma works with trustworthy advertiser clients and signs long-term partnership agreements, some of which have been advertising in Finnish media for over one hundred years.

Most frequently, commercial materials blocked by Sanoma’s processors are content that do not indicate that they are an advertisement or who is behind it. For instance, a missing logo can result in the materials being returned to the advertiser and the advertiser’s content provider. In addition, advertisements must not resemble the content of the medium too closely by using the same font, for example.

Advertisements are also looked at from the point of view of whether they are contrary to accepted principles of morality with regard to swearing or nudity, among other things. The publication decision is always influenced by the advertisement on the whole, and each case is reviewed separately.

Sanoma’s skilled advertising material reviewers inspect all materials and can advise the advertiser already at the start of the process in preparing better content. 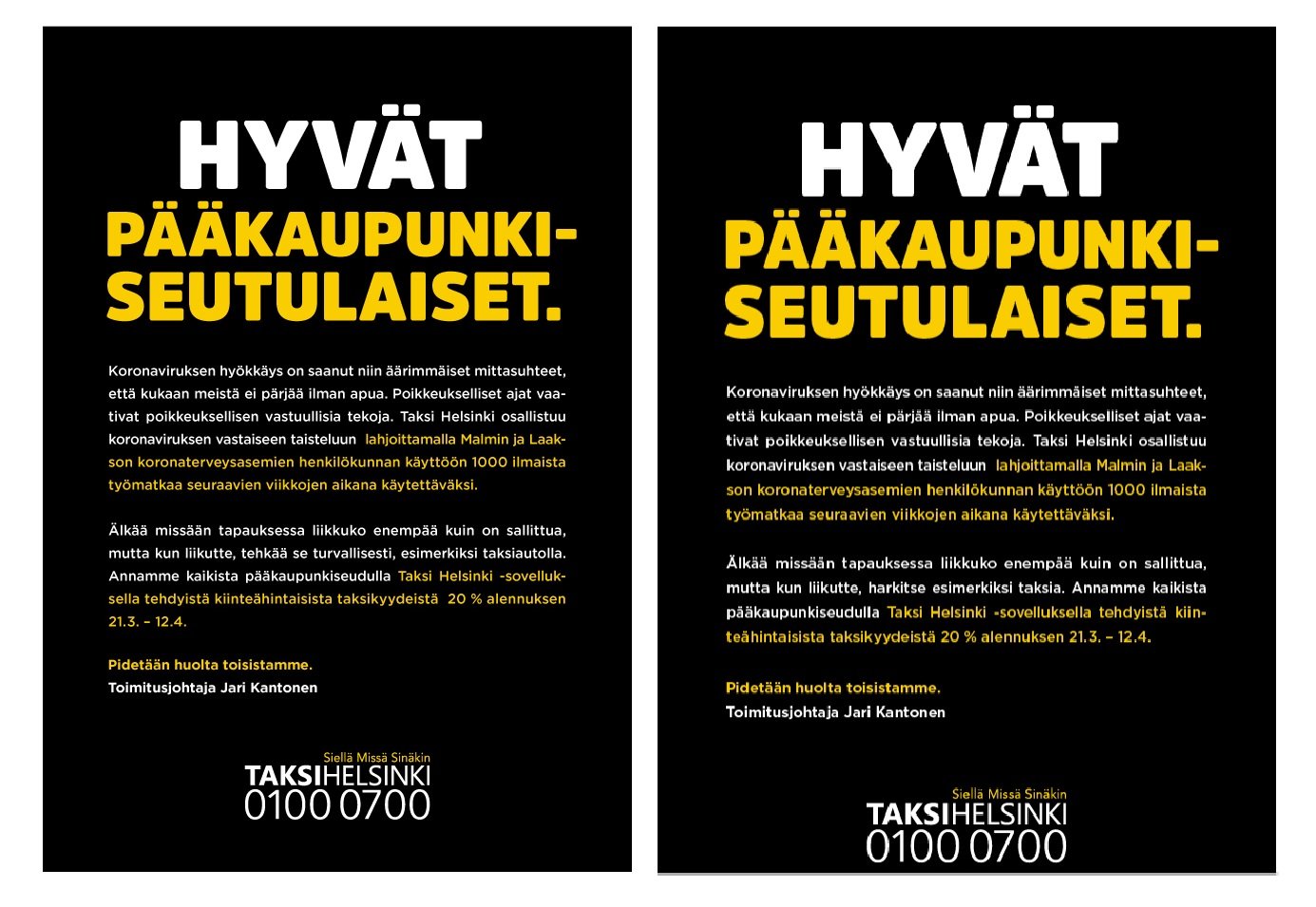 This advertisement published at the beginning of the pandemic in 2020 was modified by request of Sanoma’s content reviewers so that a taxi ride was not unequivocally claimed to be safe because at that point, the circumstances in which the coronavirus could spread were not known. It was responsible for modifying the wording of the advertisement (modified advertisement to the right). Photos: TaksiHelsinki

It is also to the advertiser’s benefit that questionable advertisements are not published. In Finland, compliance with the International Chamber of Commerce Marketing Code is supervised by the Ethical Council of Advertising, issuing statements on whether advertising is in compliance with accepted principles of morality, if necessary. Sanoma is committed to complying with legislation and marketing rules.

Besides the technical measures, programmatic buying advertisements are regularly reviewed by Sanoma specialists. Sanoma follows the EU Framework for Online Behavioural Advertising self-regulation principles issued by IAB Europe and the marketing self-regulation guidelines of the Data & Marketing Association of Finland.

It is important to Sanoma to provide independent journalism, trustworthy content and high-quality entertainment, also to future generations. In order to develop the Finnish media, Sanoma’s business must be sustainable and profitable, which is facilitated by fees collected from the users and advertising income.

The Guidelines for Journalists published by the Council for Mass Media

This article is part of a series on sustainable media. In accordance with Sanoma’s sustainability strategy, Sanoma is committed to we provide trusted Finnish journalism and inspiring entertainment, now and in the future.

Read all parts of the series:

How does Kodin Kuvalehti increase awareness, empathy and tolerance in practical editorial work? 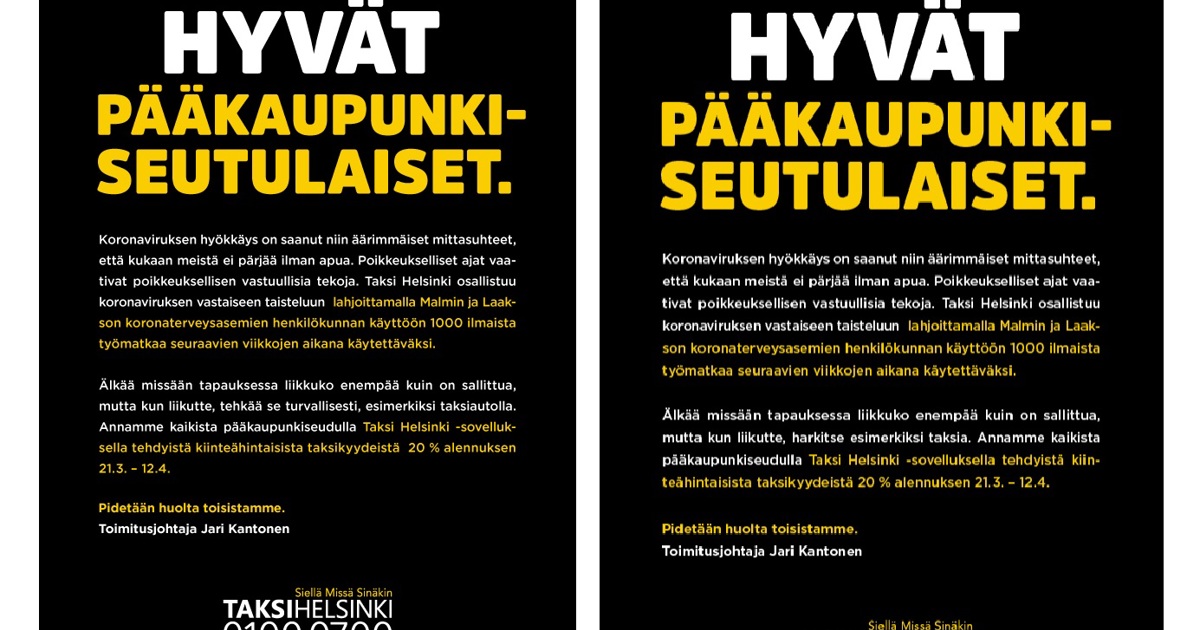