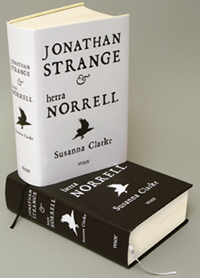 The success of translated fiction has been recently good in Finland. Finnish publishers read about new foreign literature actively from magazines and internet, among others. The contacts with colleagues abroad are also valuable. Finding a bestseller-to-be still needs also a portion of publisher's haunt.

Publishers are informed of coming titles mainly either via other publishers around the world or in book fairs that are held yearly in London and Frankfurt, among others.

- Whether the book has been popular abroad may or may not affect its sales in Finland. The Finns read a lot and as audience we are quite selective and critical, WSOY's Publisher Elina Ahlbäck says.

- Bestsellers do not travel cross-border easily. A book that has been enormous success in US, does not necessarily get any interest in Europe. Even Sweden and Finland can have different translated books in their bestselling lists, WSOY's Publishing Manager Kirsti Kattelus continues.

The publishing rights of so-called bestsellers-to-be are often auctioned. - No one really knows what will be the next best seller - it is the publisher's haunt, intuition, and experience that set the case, Ahlbäck describes.

If the publishing rights have been bought because the book is believed to be a success, one needs to be ready to publish it as soon as possible. - If we lie down and wait how the book will do in its home country, we are late if the book turns out to be a bestseller, Kattelus describes.

Jonathan Strange & Mr Norrell hit into the Heart of Magic

Susanna Clarke's first work, fantasy book Jonathan Strange & Mr Norrell is expected to be one of the most significant books in WSOY's autumn 2005 selection. The 793 pages are full of history and magic. It was published in Finnish on September with white as well as black covers. Two and half years have gone since the first part of the script arrived to WSOY.

- In March 2003, WSOY's Literature Director Touko Siltala brought a script from London Book Fair that was thick and the lines were closely printed. It consisted 43 chapters and it had a mysterious name: Jonathan Strange & Mr Norrel. It had also raised a lot of interest in London Fair, Editor Mikael Ahlström says.

- Susanna Clarke's suitably old and funny way of writing reminded me of the atmosphere of Jane Austen TV series and films. And the story was not complete! The latter part of the book would come later and no one really knew, how much of it was still to come. The offers of the publishing rights were increasing, so the decision had to be made, Ahlström remembers. WSOY won the publishing rights.

Enormous Translation Work and the Schedule

After the publishing rights are bought, it still takes quite a time before the translation of the book is published. - Quite a lot depends on translator and on the amount of text that has to be translated. It is also important to take the high times of bookstores and book clubs into account when planning the publishing date, Ahlback explains.

Translator Helene Bützow had to work almost a year before the 1,000 pages of Jonathan Strange & Mr Norrel's Finnish translation were finalised. - I started to read the translation full-time in the beginning of May 2005. After we had agreed on some issues concerning fairies, watch chains, and the turf related equipment, the text was ready to be made up together with Portia Rosenberg's pictures, says Alhström, who worked as editor in Susanna Clarke's book.

Even tough the book's style is really traditionally English, it seems to raise universal interest. The original publisher, Bloomsbury has already sold the publishing rights to 32 languages. New Line Cinema has bought the filming rights and the Lord of the Rings producer now plans to make a movie about Jonathan Strange and Mr Norrel.